My reading for this past month... 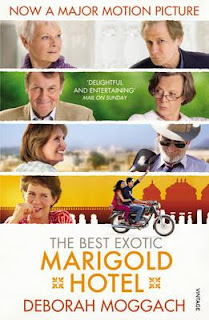 I started this month by reading The Best Exotic Marigold Hotel by Deborah Moggach, a book that was previously published as These Foolish Things and was later transformed into the wildly successful movie. I was interested to see how similar the book was to the film and to note the differences.

First up, I should say that I enjoyed the book just as much as I did the film, although I note that, on Goodreads, not everyone agrees with my reaction. The basic premise is the same for both book and movie – a conglomerate group of ageing British folk settling into a 'retirement hotel' in India. The setting is similar, although it moves from Bangalore in the book to Jaipur for the movie. And for the most part, the mix of characters remains much the same. There's a character who dies, a couple who split up, and another character with a secret – but these story lines are moved to different characters for the film, no doubt to suit particular star actors.
I won't burden you with too many details, but I'm glad I made this little case study and I thoroughly enjoyed the read and then watching the film again. It's all part of my self-motivated, ongoing education as an author. 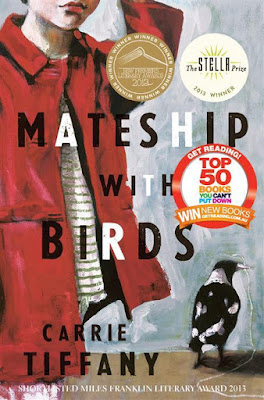 Next I read another book for my book club. Mateships with Birds by Carrie Tiffany is an award winning novel (including the Stella Prize). It has a rural setting and is about relationships between men and women (as well as being about birds) and, for these reasons, I should have enjoyed it, but I'm afraid I didn't.

I believe the author deliberately explored everything that is ugly and unattractive about relationships and sex. No doubt this was a direct, post-modern reaction to romance novels (I know we are criticised for making life too beautiful and happy) but it wasn't done cleverly enough to impress me. Most members of our book club agreed. 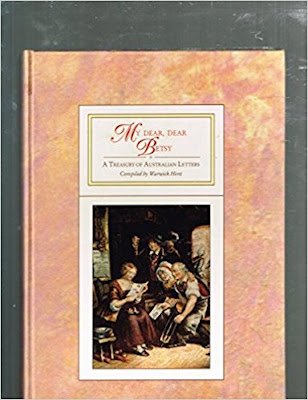 Over Easter I wondered into a secondhand book shop in Yungaburra and found MyDear, dear Betsy; A Treasury of Australian Letters .This gem, compiled by Warwick Hirst, is quite, quite fascinating, with letters from Captain Cook and Convicts right through to Lloyd Rees (talking about the insecurity of an artistic life) and other 20th century notables.

But the letter that really spoke to me was from Banjo Paterson to the author Ethel Turner. As a child I adored Ethel Turner, who wrote Seven Little Australians etc. I read most of her books, including Family at Misrule, Little Mother Meg and my second favourite was The Little Larrikin.

I remember Ethel died when I was in Gr 4. Our teacher was Charles French, a WW1 veteran who’d been brought out of retirement because of a shortage of teachers. (He also owned the land that my high school at The Gap was later built on and was memorable because he was SO old.) When he asked us if anyone knew of a famous Australian who had died that day he was quite surprised that I knew (I’d heard it on the news) and had read her books. It was one of those moments from childhood you somehow never forget, when you realise you’ve made an impression. Mind you, he later sent me back to Gr 3 because I talked too much in class and I had to beg his forgiveness (sobbing) but that’s another story.

The above is just context for my appreciation of the letter that Banjo Paterson wrote to Ethel T about her book, which I think expresses sympathies we all understand  and just proves that feel good stories and happy endings will never go out of fashion.

Here's just a snippet of what Banjo had to say. 'For myself I candidly say I like the good old style of story – more beautiful women and finer men and more extraordinary things than one meets in real life – Stories where people don't have luck at the end annoy me.' 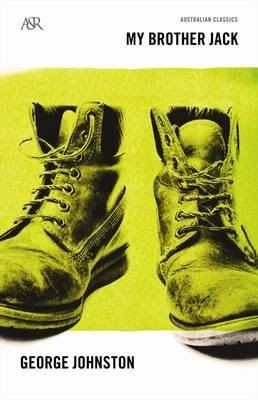 This month I've also reread the famous Australian classic, My Brother Jack by George Johnston. I'm mainly reading this as research to help my husband who, like Johnston, was a journalist and has written his memoirs, but is now exploring the possibility of turning them into a work of fiction. Johnston's classic is wonderful inspiration. 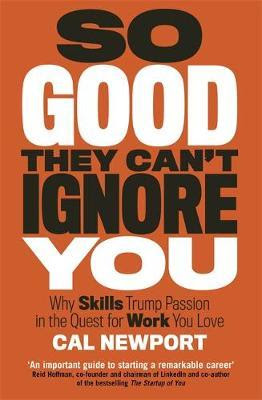 Right now I'm reading So Good They Can't Ignore You by Cal Newport, which is basically a study into achieving job satisfaction by working hard at your craft, loving what you do, and gaining control over your work.

And next up, I'll finally be rewarding myself with a book that I know will be luscious, moving and
beautiful. A regency romance – Marry in Scandal by Anne Gracie. 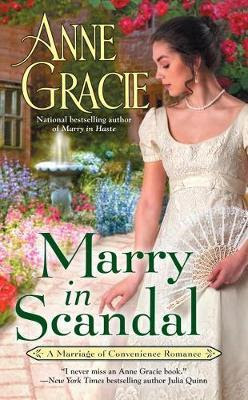 I hope you've had a great reading month. I'd love to hear your recommendations.

Posted by Barbara Hannay at 6:57 PM

Oh, Seven Little Australians made such an impact on me when it was on The ABC, with Leonard Teale, and Ruth Cracknell and The General and Pip and Fizz and , spoilers, The Tree. Even now, I feel the emotion I felt as a child. I can see it happening and all the characters. I have just read The Woman in the Window, an homage to the Rear Window film. I have Julia Baird’s Queen Victoria, Randomistas by Andrew Leigh and also Mrs M by Luke Slattery which imagines Elizabeth Macquarie’s life. I have very ‘interesting’ reading taste! Thank you for sharing. I am always sad when I really want to love a book, and I don’t. This has NEVER happened with any of your wonderful books!!

I agree, 2paw. The ABC version was a great interpretation of the book. The only thing that bothered me was that Judy didn't have dark hair and the frontispiece illustration in the book that I've had since Christmas 1957 definitely shows her with dark hair. :)
Like you, I was rather traumatised by The Tree - and I'll never forget reading that scene.
Love the sound of the books you've been reading, especially The Woman in the Window. And the Elizabeth Macquarie one sounds fascinating, too. Thanks for sharing.