Baz Luhrmann’s movie AUSTRALIA has its premiere in Sydney tonight and as someone who’s been writing romances set in the Australian Outback for the past ten years, I’m straining at the bit to get to the nearest cinema to see it.
Actually, I think the whole country must be holding its collective breath. We feel as if our nation will be on show for all the world to see and (hopefully) admire.
As a local journalist, John Andersen, wrote on the weekend: " There can be no half measure. Call something Australia and it has to be gigantic. It has to have a heart as big as Phar Lap’s. It has to be a million times bigger than Texas. It has to have the blood of Burke and Wills, Kennedy and Leichhardt thumping through its veins, and just like the Australia we all know, it has to be as beautiful as a bay horse galloping across a Mitchell grass plain and as tender as the pink sky of a Kimberley dawn."

Well, it seems Oprah Winfrey was impressed enough to devote an entire show to the movie and Nicole Kidman and Hugh Jackman were her special guests. To quote Oprah: "Congratulations (Baz Luhrmann) on your imagination, your vision, your creativity, your direction. Our hearts are all swelling because, my God, it's just the film we needed to see. I have not been this excited about a movie since I don't know when."
“It's the best movie I've seen in a long, long, long, long time. It is epic, it is magic, it is a spectacle and the scenery is so gorgeous you can barely stand it. Australia is going to make you jump on a plane and go Down Under." 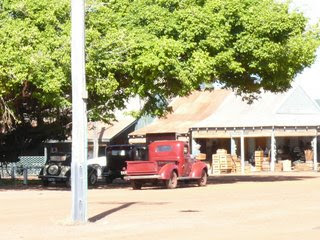 So, that’s why we’re a tad excited and hopeful about this movie. If you remember, I visited Bowen last year when some of the Darwin scenes were being filmed and I saw part of the set, so I’ve been quietly looking forward to this movie for a long time. I love the Outback. I love romance. I love World War 2 settings (I have a half written novel set then still waiting to be finished.) This movie is definitely my cup of tea. So fingers crossed. 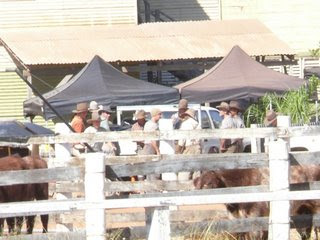