Couldn't send my book last night as there's a computer glitch at the other end, so I get to play with it for just a little longer.

Meanwhile our building project continues apace. These pics were taken on the weekend. The tiles haven't been grouted in these photos, and there's still a way to go, but it's starting to feel v exciting.

Below is the connecting corridor... between the old and the new... and I'm planning little courtyards on either side. Gotta keep it romantic. :) 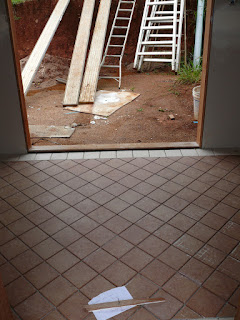 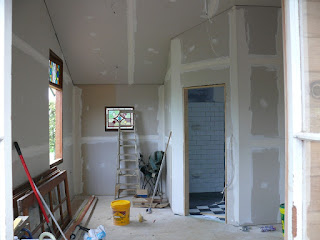 And this is part of the new bedroom. It shows a view through to the bathroom and the nook at the end of the bedroom where the wardrobes will go.
Below is the first piece of stained glass I bought, and it inspired us to keep looking for the others. 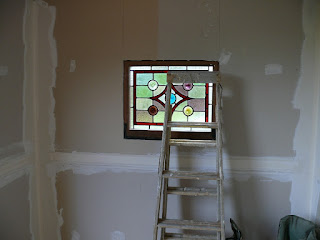 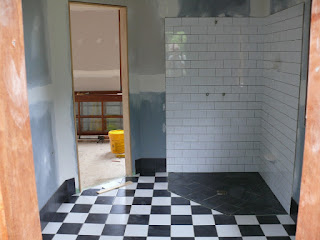 And here's the exciting new bathroom floor.
Now, I have to start packing as we're hoping to rent out our city apartment and become full time country folk. Eeek, I'm living my heroines' lives.
Posted by Barbara Hannay at 3:08 PM 4 comments: Links to this post

Just quickly... because I'm v busy writing...
But yesterday, the twins had an early birthday, because their real birthday is between Christmas and New Year and that is so awkward. 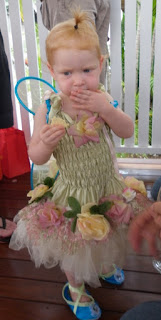 and Milla not in hers, as she got out of it as fast as she could. 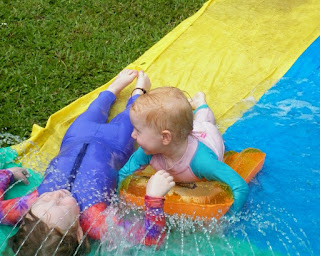 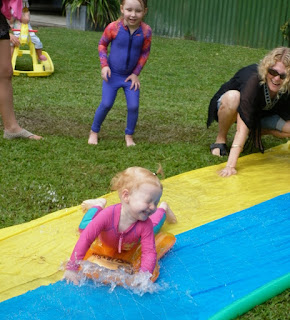 And the slip n slide, which proved to be an enormous hit -- perfect for NQ.
Posted by Barbara Hannay at 4:52 PM 2 comments: Links to this post 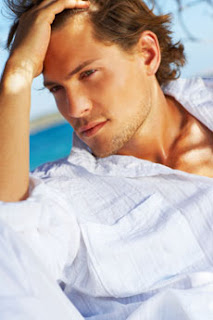 Like many writers, I'm superstitious about talking about a work in progress, which is why I rarely talk about my writing process. If I say something in public, I nearly always have to eat my words. :)
And it's happened again.
The other day, I said here on this blog that by the time I get to the end of writing a book, all the fiddling is done, and it's ready to send.
Right now, I'm on Ch 11 of current manuscript, about to move into final scenes -- and I've realised I have a problem!!!! It's my hero, of all things! The most important character in any romance.
Help!! I've just realised my guy is terribly bland. I wanted him to be straightforward and uncomplicated, but I should have known that in storytelling that equates to boring. So now, I have to go back and give him a layer of complication. Luckily, the seeds are already there. I just have to bring them out more. Bring him out more.
Wish me luck!!!
Posted by Barbara Hannay at 3:23 PM 4 comments: Links to this post 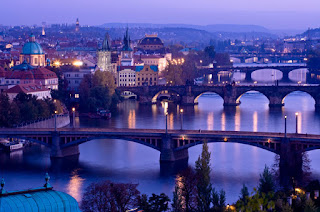 For my WIP I'm loooking at these pictures of Prague. Take a look. It's so easy to see why many people consider Prague to be the most beautiful city in Europe. So hard to do it justice in words.
Posted by Barbara Hannay at 5:59 PM No comments: Links to this post 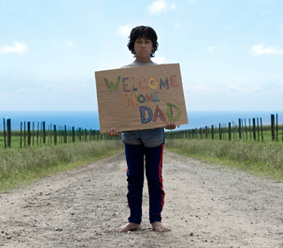 Saw the New Zealand movie Boy last night. LOVED it! Not a romance, but beautifully crafted. Such economical, layered story telling.
Apart from the beautiful scenery and the beautiful Maori actors, I loved the way everything that happened in the story had a deeper meaning, and almost every line of dialogue and secondary character (or animal) were there for a purpose. The children are amazing.
I enjoyed it even more than Whale Rider or Once Were Warriors.
Posted by Barbara Hannay at 12:52 PM No comments: Links to this post

Something old and something new...

As you've no doubt guessed, I've been quiet here because I'm racing toward a deadline. Book is due Nov 30th, but I want to get it finished before we go to Tarzali next week for another FNQ Romance Writers meeting.
Then I can read it in the car and spend a few days "playing" with it before I press"send". At least that's the plan.
I don't do a quick first draft and then go back and revise. I can't move forward until I'm happy with the previous scene, which means I do a lot of re-writing as I go, so by the time I get to the end, I'm usually just about "done". That's why I write more slowly than many, I guess.
With each book, I tell myself I'm going to write a fast draft straight through without stopping and then revise, but I can never do it. I'm not sure if that's a weakness, like not being able to stick to a diet, or simply my process. I know I'm not the only writer who writes this way.
This current book has plenty of internal conflict and tension until a big climax in the middle and then I have to work pretty hard at rebuilding the tension for the second half. Like kids, every book presents a new and different challenge -- as well as new joys. 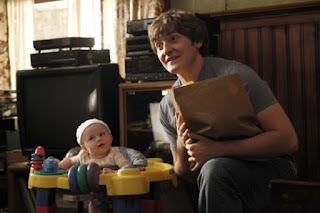 Oh, and speaking of new joys -- I watched the first epidosde of Raising Hope last night. Loved it!!!! It's about a young man who spends one night with a muderer (she's a stranger to him), and she subsequently has a baby in jail and claims he's the father. She ends up in the electric chair, so he keeps the baby. It's kinda like The Castle (Aussie comedy film) meets Secret Baby.
The single dad is so sweet and his family are colourful and dysfunctional, but with surprising (small) glimmers of depth. Oh, and already there's a budding romance. I'm looking forward to watching more episodes.
Posted by Barbara Hannay at 12:23 PM 1 comment: Links to this post

While I stayed in town with my head down, busy writing, Elliot has been to the Tablelands and has brought back photos.

First... my orchids are in flower and I'm missing them :( 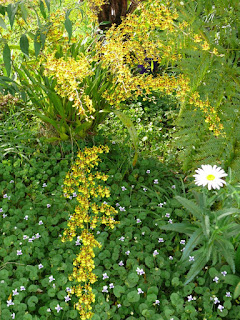 We can now see how the views through our new bedroom widows are shaping up. As you can see we still have some of the stained glass (found in a demolition yard/recycled from the old Ayr hospital) to use in the bedroom. (They are also in the dining room). 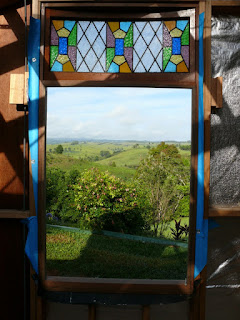 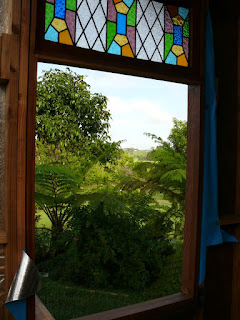 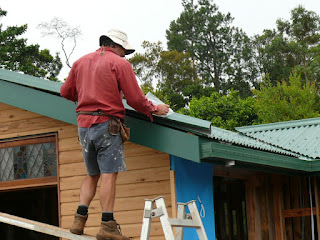 Actually, we are told we now have internal walls as well. Getting v exciting...
Posted by Barbara Hannay at 3:32 PM 1 comment: Links to this post

I've had a few emails lately from authors expressing serious cover envy, so I thought I'd show you why... 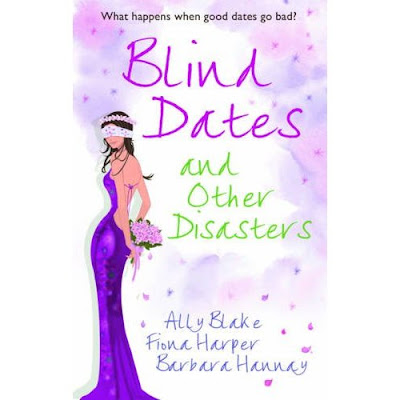 T
Isn't this exciting? Blind Dates and Other Disasters is an anthology to be released in January 2011, and it includes Ally Blake's and Fiona Harper's very first books, (The Wedding Wish, and Blind Date Marriage respectively) and my Blind Date Surprise.
Here's the description...
Three easy ways to keep your love life clean and simple ...don't get your friends to fix you up. Party planner Holly can't find the perfect man - it's time to turn to her friends to help her out. But after a string of horrific dates, will Jake Lincoln be the man for her? ...don't go on a blind date. Serena wishes she could ignore her unconventional upbringing and settle down with her dream man! So she's heading out on a blind date. But her date is a man who lives by one rule: never get married! ...don't try your hand at internet dating. Annie is stuck in the Outback without any men for miles. When she meets Damien on an internet chat group, she immediately heads to the city to meet him. Then Theo steps in to take Damien's place...

The release coincides with the launch of the new Riva books in the UK --  a line composed of Modern Heat and some Romance authors. The book I call my email book, Molly Cooper's Dream Date, will be released in Riva in March ( US as Harl Rom in January, and as Sweet in Australia in Feb).
Posted by Barbara Hannay at 3:31 PM 5 comments: Links to this post 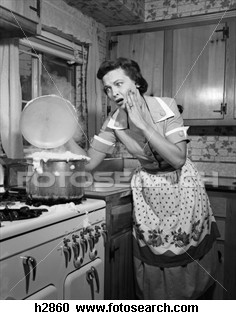 When an unpsoken subject remains unspoken, tension continues to build in a story.
If you're trying to build pressure, don't take the lid off the pot.
Once people become candid, once the unstated becomes stated, the tension is released and the effect becomes cathartic...
Then, you want to give yourself space for a major scene. Here, you want to describe setting and action vividly, and render what they say fully. You've taken the lid off the pot and you want the dialogue to boil over.
Posted by Barbara Hannay at 7:30 PM 1 comment: Links to this post

This morning as I waited for my computer to boot up, I picked up a folder from my bookshelf, curious and wanting to pass the time. Turned out, the folder was actually my rejection collection – a history of my failures in the nineties.


And in case there are any aspiring writers cruising past my blog, I thought I'd record those rejections here, in the hope that you don’t slit your wrists just yet, but keep on trying…
This is why I say we all need to serve an apprenticeship…


1. Jan 12 1994 – Mills and Boon rejection for Impossible Dream – you tended to develop the minor characters and background details at the expense of the hero and heroine…

2. May 4th 1994 – Mills and Boon rejection for Love’s Sentinel – the feeling was that the grounds for conflict between the hero and the heroine weren’t sufficiently developed to generate the extra edge of emotional tension and urgency our readers expect.

3. September 22nd 1994 – Mills and Boon rejection for Aflame – no helpful advice, just a flat no thanks.

4. November 7th 1994 – a letter from Robert Hale thanking me for my enquiry and informing me that they will no longer be publishing Rainbow Romances.

6. August 25th 1995 – Mills and Boon rejection for Apprentice Parents – lacked the extra degree of emotional punch and excitement for which we look.

7. The Emma Darcy Award 1995 – I’m advised that I was one of 19 entries that made it through to the second reading.

8. November 1996 – Mills and Boon – a letter advising me that having read my synopsis they would now like to read my first three chapters and a synopsis of the rest of the book.

10. April 16th 1997 – letter from RWA with a critique of my unsuccessful entry in the Valentine’s Day competition.

11. May 17th 1997 – notification of lack of success in Emma Darcy competition

13. August 18th 1997 – another success! 3rd place in The Opening Chapter and Synopsis competition.

14. August 19th 1997 – getting closer. A Mills and Boon editor liked the first three chapters of Dearly Deceived and requested the rest of the story. She also gave me three pages of revision notes. I would seriously recommend that you try to rework your story with the above comments in mind. You bet!

15. March 13th 1998: The Call! – the phone call from Richmond that changed my life. My husband in the kitchen, where we're preparing tea, handing me the phone, eyes round with excitement: 'It's for you and she's got an English accent!'
Posted by Barbara Hannay at 7:34 PM 7 comments: Links to this post