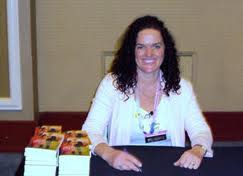 The romance community is great at helping one of its own. Sandra Hyatt's posthumous book Lessons In Seduction, is out tomorrow and her writing friends are spreading the word in the hope of increasing royalties for her family. 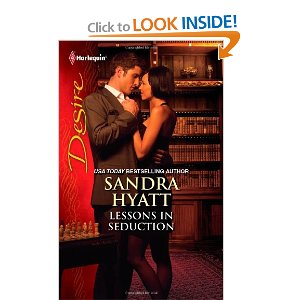 A prince on a quest to find the perfect wife doesn't have time to
trifle with a commoner. But Adam Marconi's longtime friend and
sometime driver, Danielle St. Claire, has him contemplating a change
in plans. Why can't the royal have a little fun before finally
settling down? Then their supposedly quick affair suddenly turns
serious.

And Prince Adam finds himself in a quandary. Say goodbye to the one
woman who sets his heart and body on fire, or defy all the rules and
cause the scandal of the century.

And here are some buying links:

Posted by Barbara Hannay at 4:41 PM No comments: Links to this post

Who would have thought...

Cleaning windows could be a game? 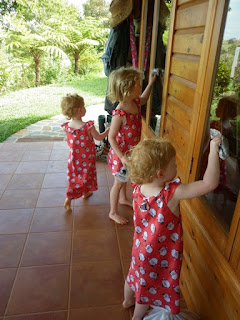 That's what it was for 3 little visitors this past weekend.
Posted by Barbara Hannay at 3:52 PM 3 comments: Links to this post 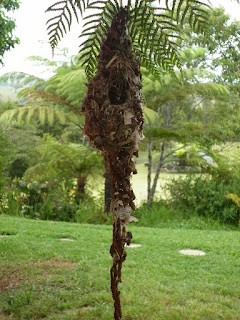 A pair of sunbirds built this nest just outside our bathroom window. Isn't it gorgeous? Only problem is they've suspended it from a tree fern branch, and these have a bad habit of dropping off (like palm fronds) . So we'll have to hope that the babies hatch before the bough breaks.
Elliot wanted to rush out and somehow strap the branch, but I'm afraid that will dsiturb the parents. One other summer, when one of our guinea fowl hens was sitting on a nest on the ground out in a paddock in relentless rain, E erected a tin roof over her. She upped and abandoned the eggs. Doesn't pay to interfere with Nature. Hard as it is for guys to accept, they don't always know best. :)
Posted by Barbara Hannay at 5:33 PM 2 comments: Links to this post

Something that has awed me about living in the country, or about living in this part of the country at least, is the fantastic way Nature gets on with her job with very little help from us. So many gorgeous flowers and fruits just appear in season. Aren't they clever?
We decided on the weekend that we had to do something about our abundance of peaches and tomatoes, so we tried bottling for the first time.
We made brandied peaches, which we haven't tasted yet, but we gave a bottle away on Sunday and have had reports that they're beautiful. Here's a pic of some of them... oh, and those are the first of our plum crop, too, and I have to say they are the sweetest juiciest plums. Yes, we did plant all the fruit trees, but this is the first year we've been around at harvest time. Yum!

Then we made  spiced roasted cherry tomato relish. 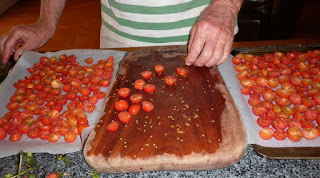 First we roasted the tomatoes with a little oil, cracked pepper and fresh thyme. 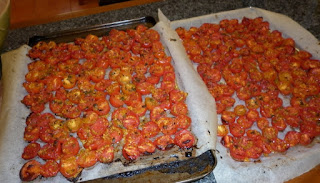 Have to say, they smelled gorgeous and I could immediately think of all sorts of uses for them. 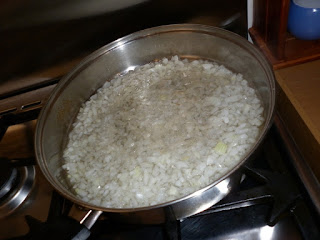 We also cooked onion in cider vinegar.
Then added the tomatoes, more vinegar, salt, sugar, whole cumin seeds, whole coriander seeds, a chopped chilli and some tomato puree. The result had  a bit too much liquid, so we strained some off before bottling. Should go rather nicely with our home cured ham. 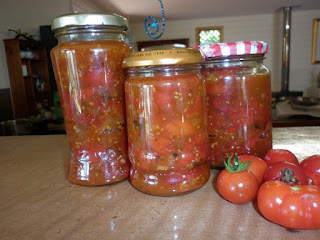 Meanwhile, our orchids this year have been spectacular!! There are some growing naturally down in the rainforest as well. Lovely Nature. So clever... 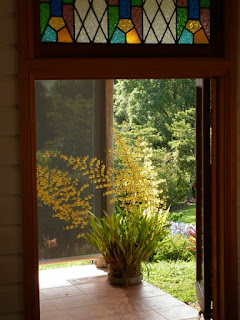 And yes, I'm writing too. Getting back to it now. I'm on 53 thousand words which is the longest I've ever written, but I have 37k to go, so head down.
Posted by Barbara Hannay at 3:32 PM 4 comments: Links to this post 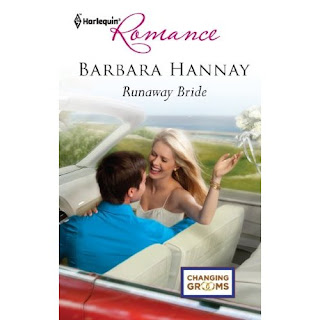 Come on over. There's a chance to win free books.
Posted by Barbara Hannay at 11:51 AM No comments: Links to this post 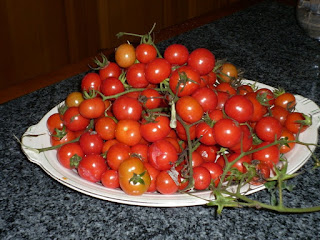 One small, country woman boast. Have made pasta sauce with home-grown tomatoes, garlic, basil and oregano -- and desserts of peaches, stewed, fresh, or baked. With own peaches. Our tree is so laden, branches are dragging on the ground. And the fruit has so much more flavour than the tinned stuff.


Can you tell this is all new and exciting for me? We also have a pair of rails mating in our garden. Would love a little rail family. 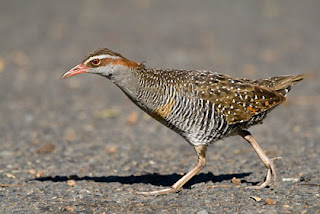 Posted by Barbara Hannay at 3:46 PM 4 comments: Links to this post 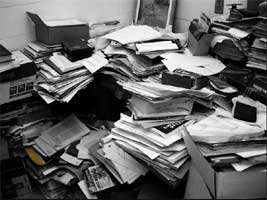 Are you looking for that little extra help to make your writing stand out in the slush pile? Canadian Harlequin Romance author Donna Alward is running a course at Savvy Authors.

Check it out. It sounds great.
Posted by Barbara Hannay at 1:45 PM No comments: Links to this post

Have just had the loveliest weekend in Brisbane with my daughters, Emma and Victoria (aka Em and Vicki). 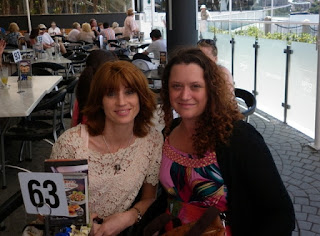 We rented an apartment in the city with glimpses of the river... 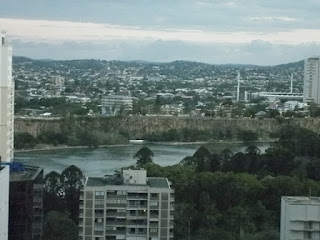 We sat on our balcony and talked and talked (and enjoyed some bubbles) .. there's always so much to catch up on, isn't there, especially when there's a wedding in the air? (Vicki's, next April) 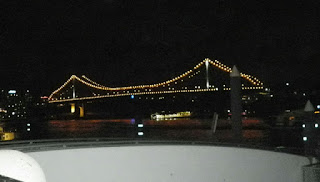 And we enjoyed Saturday on the Southbank, joined by Vicki's future mum-in-law -- lovely coffees, hearing Em's young Conservatorium orchestra (in which granddaughter Lucy plays cello), lunching and then cruising the Southbank markets, enjoying the river and the lovely bougainvillea walks. 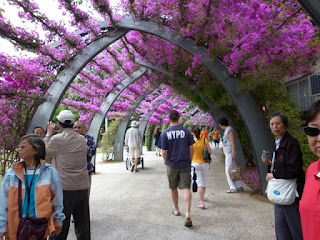 On Saturday night, we went to the Brisbane International Film Festival and saw 'Like Crazy' which I can highly recommend. We all gave it a 4 stars. Dinner afterwards, more chatting and then we still managed to stay up talking till 1 am. Lazy morning and then brunch yesterday, once again beside the river...

All in all, a memorable weekend...

Oh, and I've read One Day by David Nicholls... a truly memorable book, one I almost need to read all over again. Straight away. That doesn't happen often.

Now, back to writing.
Posted by Barbara Hannay at 3:36 PM 2 comments: Links to this post 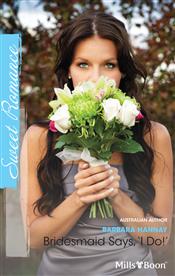 Bridesmaid Says 'I do!' is on sale in Australian bookstores this month and here are a few snippets from a review. You can read the whole review at Cataromance.

"Funny, feel-good and deeply emotional, Bridesmaid Says "I Do" is the flirty new novel from reader favourite Barbara Hannay!"


Barbara Hannay is one of category romance’s most reliable and most consistent authors. Her dialogue sparkles, her characters leap off the pages, her plots move at a zesty pace and her vivid descriptions of Australia make me want to hop on the next plane down under! In her latest Harlequin Romance, Bridesmaid Says “I Do”, this multi-award winning author has penned a fresh, compelling and wonderfully entertaining tale of family, friendships and forbidden desire that will charm and entertain her legion of fans.

Posted by Barbara Hannay at 4:50 PM 7 comments: Links to this post