I do hope you are well and coping with the social distancing and self isolation. I've popped by to let you know that for Australian and New Zealand readers, five of my books have been reduced to just $1.99 in digital format until the end of April.

To make things easier for you, I've listed the books here with their pretty new covers along with buy links to the four major retailers involved. I hope you'll try one and if you do, happy reading. 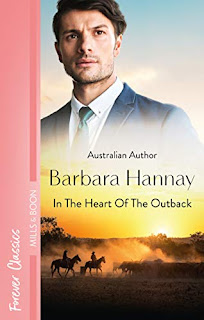 In the Outback... one spark can set the heart aflame!
The image of Byrne Drummond has burned in Fiona's mind ever since she first saw him in Gundawarra. A stoic, broad–shouldered cattleman stricken by the wreckage her brother had wrought...
Byrne has every reason to hate Fiona McLaren. Her reckless brother destroyed his family. But Fiona's touch is the first to stir him in years. He wants to stay away, but she draws him like a moth to a flame... who will get burned? 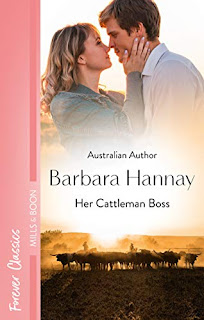 When Kate Brodie inherits half a rundown cattle station she doesn't expect to have a sexy cattleman boss to contend with!
Noah Carmody doesn't need a city–girl like Kate trying her pretty hand at Outback life, but he's a single dad now, and needs help restoring Radnor to its former glory.
Kate's the only person within a hundred miles who will help him, so he'll grudgingly show her the ropes... As they toil together under the Outback sun, romance should be the last thing on their minds... shouldn't it? 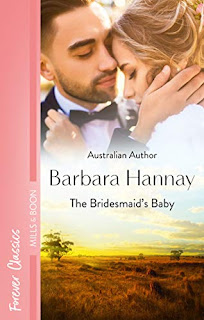 Getting noticed by the gorgeous best man is every bridesmaid's dream. Especially if he's her old crush. Lucy McKenty knows she should be wary of Will Carruthers. All she wants is to finally settle down and have a family; and that's a far cry from this globe–trotting wanderer's life plan....

Caught up in the swirl of confetti and romance, Lucy finds herself in Will's arms. Discovering she's pregnant thrills her; but is Will going to stay to meet his baby? 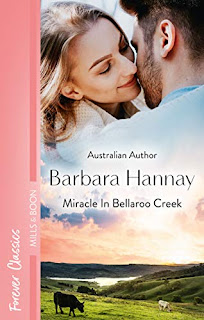 Whoever said a broken heart was the end of the world had never met Milla Brady! In desperate need of a distraction she sets her sights on reviving her parents' bakery. But when a tall, handsome blast from the past turns up, Milla's calm feathers are ruffled!
Ed Cavanaugh could only watch when his brother walked all over Milla's dreams – he always knew she deserved better. So, seeing her looking beautiful and content, Ed promises not to leave Bellaroo Creek until he tells Milla what he wanted to say all those years ago... 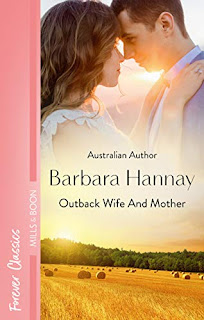 A suitable bride?
Cattleman Fletcher Hardy welcomed a diversion like Ally Fraser during his tedious business trip in Melbourne. Until he found himself falling for her!
He'd learned that city women were unsuited to Outback life when his Parisian mother fled their cattle station. Ever since, he'd vowed his bride had to be born and bred in the bush. So when news came that he'd become the guardian of his four–year–old godson, he returned to Wallaroo, intending to forget Ally for good.
He hadn't bargained on Ally turning up at the homestead as little Connor's nanny, determined to prove she could survive the Outback and make the perfect wife and mother!

Amazon.au
Kobo
iBooks
Google
Posted by Barbara Hannay at 12:21 AM